Coaching and Overwhelm – How coaching helped my client overcome self doubt. 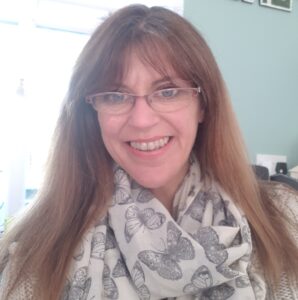 “Hilary, last week’s coaching session was powerful. For the first time in years, I have had a great week. I seriously considered attending a doctor and seeking medication before last weeks session, and now I know that I don’t need medication, I need to see who I am, thank you”.

This was the feedback from a coaching client recently. For the purpose of this post, let’s call her Gill

Last week, myself and Gill connected over Zoom, and she told me that she was not doing well. My ethical mind considered referring her to a clinical professional before asking for a little more information to decide if that was the next best thing to do.

Gill presented with issues of feeling like she was never good enough, professionally and in personal relationships. For years, she overcompensated, saying yes to impossible tasks, and at this stage, she was feeling the weight of overwhelm and anxiety. Worse, she could not see an end to the cycle. Meanwhile, I saw a kind, charismatic lady, whose stories revealed that she was well-liked and respected.

The Mind is an incredible tool.

As we spoke, our intuition took over, and we went with the flow of the conversation. We stayed open and curious about what came next, not knowing where it would lead, while I held space for Gill to explore her psyche.

Within moments we were standing in my client’s old school playground, and she was looking at her seven-year-old self, who was feeling alone and unwanted.

During our session, I held the space for Gill to converse with her younger self.

I invited her to ask the little girl to share how she was feeling and why.

Then, I invited older Gill to share her adult wisdom with her younger self.

The Shift in Mindset.

In those moments, the little girl’s fears and insecurities had a chance to be aired and heard. That was when everything changed. Now in her mid-forties, Gill listened to the insecurities that had dominated her mind for decades. She spoke to her younger self with love, compassion, and acceptance. She assured and reminded her who she was, and showed her whom she would become.

Giving voice to the little girl inside and meeting her with wisdom gave a new perspective and brought a new sense of safety while holding the mirror up to Gill.

When we returned to ‘real-time’, Gill was able to see what everyone else can see. Her shift in perspective caused her to re-examine her behaviour. We talked about what she was going to change going forward, as Gill explored changes in her routine, the lightness and confidence in her whole self was a privilege to witness.

A much welcomed update.

Yesterday, we caught up on the last week. Gill reported being more disciplined in work; she no longer peeled herself away from the laptop at stupid o clock. Instead, she closed her computer at 4:30 p.m. To her delight, she subsequently had more energy and was more productive. She was also able to see that her boss respects her just as she is.

In the last week, Gill has also opened up to friends and allowed them to share how they saw her – all of whom shared that she was deeply loved, valued and respected.

Her anxiety and overwhelm have lifted, and she is beginning to know, from the inside out that she is enough, just the way he is.

Gill knows that she will have challenging days and old fears may rise again in the future, but she also knows who she is and that she has the power to change the internal dialogue and the behaviour – with no medication needed.

The power and potential of the human spirit go far beyond anything we can comprehend. With a little love, a lot of courage and the right support, we can realize a new measure of potential that goes far beyond what we once thought.

If you feel like connecting with your truth to experience and grow your beautiful brilliance, coaching can help move mountains in doing so. Why not get in touch and begin the conversation today, it would be a pleasure to be part of your transformational journey.