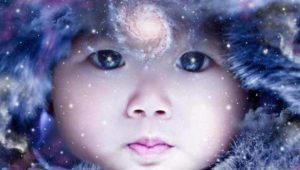 There are many traits that distinguish an indigo child which I go into with detail below, but to give you a distinct idea think Greta Thunberg.

It is believed that the Indigo Children began to arrive on our planet in the 1970’s and continued to do so right up to the noughties. These incarnate souls are at the next level of evolution and their purpose on planet earth is to break down destructive systems within humanity.

Here’s the deal. Humanity is waking up, FINALLY! For too long across history our world has been ruled by destructive and dysfunctional systems that honour and fuel greed and the misuse of power. The rich get richer, the poor become poorer and the sick are losing their lives. Global warming is in full flow with little done in recent decades to address. Materialism and commercialism continue to enforce the message that ‘you are not good enough’.

Because dysfunctional systems are causing destruction.

What is running these systems?

What can change these systems?

Big question with a long answer but one thing for sure is that we need both a change of mindset and new action. We need to lower our tolerance levels and raise our standards. We need to see through the veils, reject dishonesty and not buy into it anymore. We need to hold a strong sense of entitlement and believe in ourselves. We need to step up for change and not give in until we get there. We need to be relentless. We need to be courageous. We need to be brave. We need to listen to our inner voice and give that our power, instead of handing our power to those upholding dysfunctional systems.

And all of the above are typical character traits of the Indigo Child.

On many occasions in recent years a mother has sat with me for a reading. At some point she asks: ‘Hilary can you tell me about my son/daughter?’

On these specific occasions, when I tune into her child’s energy, the first thing I notice is their intelligence. It is always VAST. It goes way beyond the norm. Then I look to see how they are doing in school and the only way I can explain what I see is this:

Then imagine that your mother was told that you had ‘special needs’. There is nothing wrong with that label except that it comes with a dismissal of your actual intelligences. The reason is because the education system recognises and measures academic intelligence as the dominant one. Dismissing creative intelligence, emotional intelligence, musical intelligence, linguistic, visual, spatial, and so on.

During the same sittings when I delve deeper into the energy (selfishly because of my own fascination and curiosity), I see her child’s ability to assess and evaluate data. I see their outstanding ability to problem solve and find the answers to complex mathematical theories in an instant. What I also notice is the pure LOVE and compassion that fills each and every one of this child’s cells. I see their sensitivity and the way they know that we are all connected, and I turn back to the mother in awe and say:

‘Your child is a genius. How is he/she getting on in school?’

She answers in one of the following ways:

‘Hilary, he is autistic.’ ‘She has Asperger Syndrome’. ‘He has ADHD.’ Or some other label that the education system recognises as flawed and won’t quite fit in.

It is not true to say that all children with the above are Indigo Children, nor do all Indigo Children have special needs. But take for example the character traits of Asperger Syndrome and the Indigo Child. I have noticed that neither have tolerance for dysfunction. Nor will either back down because the system won’t enable them to be who they are. Both are not going to compromise who they are to enable malfunction, and both are fueled by love and compassion and put that first, always.

They are standing firm and they are not going to budge. This is exactly what will call for a more evolved platform. The outcome will be radical change in the education system that recognises, supports and accommodates multiple intelligence types. It will be a system founded in equality with the knowledge and resource to encourage all learners to excel, where everyone fits in and their excellence is recognised. I’m not saying that we don’t have a long way to go, but the foundations are already been laid. 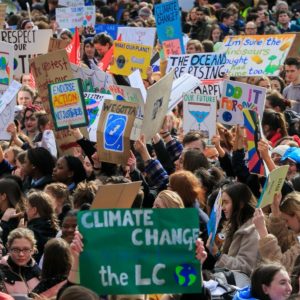 Thus far, the Indigo Children are inspiring huge waves of change. A few months ago, thousands of teenagers marched the streets across the globe, protesting to combat climate change. Greta Thunberg stood up to the UN.

A year ago, the word ‘vegan’ was something I had to ask Google for a definition. Now, my presses are filled with the vegan choice and our restaurant of preference is the only vegan restaurant in Gorey, ‘Vital Health’. I’m not vegan but I am more educated now and enjoying the benefits. The reason is my 15-year-old daughter who is very aware and very awake.

Other examples of how these no-nonsense souls are causing evolution came in the last decade with The LGBT Movement and The Removal of the 8th Amendment. Regardless of your beliefs both make a bold statement that love, acceptance, and diversity is what we need to embrace. God knows judgement born of creed has caused too much heartbreak and loss on this island.

The influence of the Indigo Children and their zero tolerance levels is becoming widespread.

The Indigo Children have arrived to put love and compassion in the driving seat. They won’t tolerate divides. They believe in equality. They are intelligent, intuitive and lead from the heart. They have arrived to remind us and teach us that love is the only way.

They are here to break down the destructive systems that are ruining our planet and suffocating life. It will take many years to do so but they are in full flow and they are shaking our globe into change. When these systems break down there will be only one thing left: Truth. The world as we know it will be gone. Love, compassion, and kindness will be the power that rises, led by geniuses that by then are the grown ups in the room. Through their leadership they will inspire, teach, and educate us to build a new world in which we see and live from the heart, with systems that accommodate diversity, unity and connection and support the discovery of human potential.

Thanks to these souls, we get to look forward to a new world, with new systems run by wise people. I don’t know about you but given evolution only takes the best DNA forward, I hope I’m around to see how their kids turn out, and then their grand-kids.